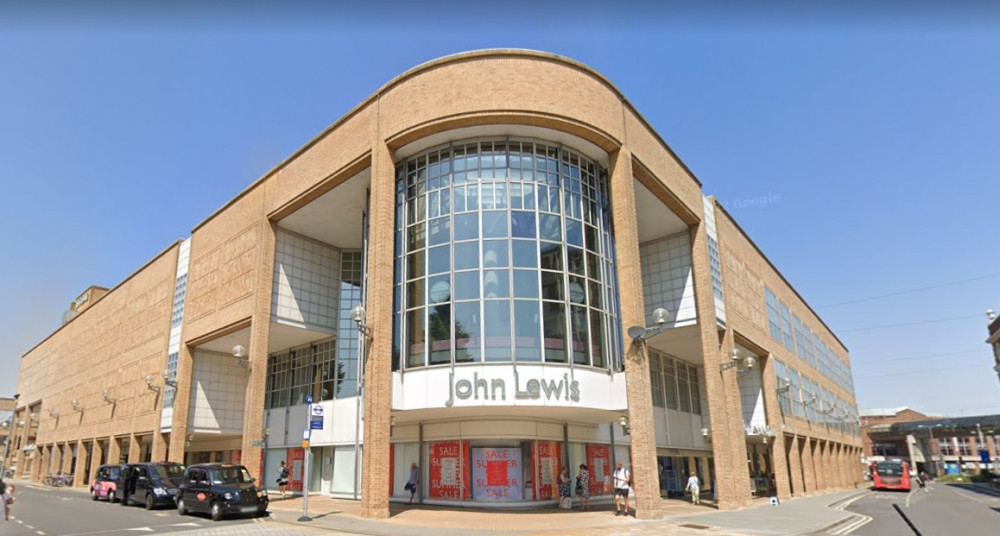 John Lewis in Kingston's town centre has been earmarked for a huge revamp.

A South London John Lewis could change forever under plans for a huge town centre revamp. Kingston Council has unveiled proposals to turn the site which houses the department store into a new development with homes, shops and offices after naming the town centre as a "key focus" for planning.

The massive site on Wood Street has been earmarked for major revamp in a draft of the authority's new local plan, which will shape development in Kingston for the next 20 years when finalised. The plan has been in the pipeline since 2019 and is now out for consultation, which will run until February 28, 2023.

The document names John Lewis as one of the town centre's "anchor retail stores" which attract lots of shoppers – along with Bentalls on Wood Street and Marks & Spencer on Clarence Street. It says the authority will be "encouraging investment and providing spaces that support diversification of the offer of Kingston town centre, including the night-time economy".

The plan reveals the John Lewis site "is to be allocated for a residential-led mix use development, including for residential, commercial and business uses" in the long-term – from 11 to more than 20 years after the strategy is implemented. More details are yet to be revealed.

Two new leisure centres feature in the plan – the controversial replacement of the beloved Kingfisher, already approved in May this year, and a new facility to replace the Malden Centre on Blagdon Road.

The council will consider feedback given during the consultation to finalise the local plan for adoption by late 2023. It will replace the authority's core strategy and last until 2041. The plan will be used to decide whether to approve or refuse planning applications in the borough.

A John Lewis Partnership spokesperson said: "Kingston is a very important store both to us and our customers, who love shopping there. We have a very long lease, which gives us long term control over its use and we do not have any plans to close or redevelop the branch.

"The local plan announced by the council is purely speculative, suggesting potential development opportunities across numerous locations over the long term, and in no way implies any proposed changes on our part."