Cycling pro attacked by gang with machete in Richmond Park 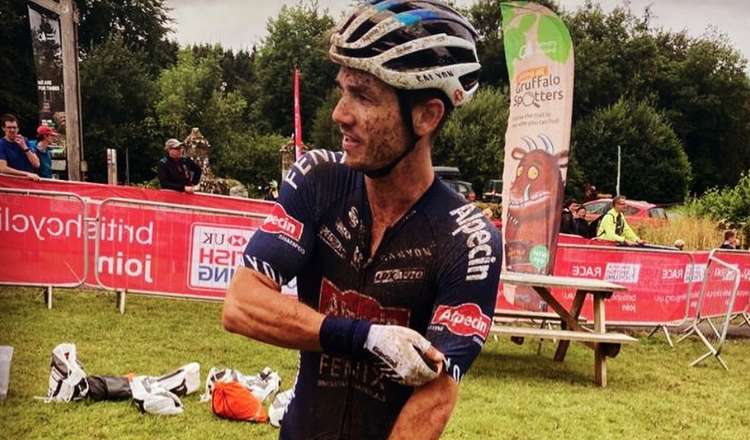 Pro cyclist Alexandar Richardson was attacked in Richmond Park and had his bike stolen (Image: @alexrichitaly) 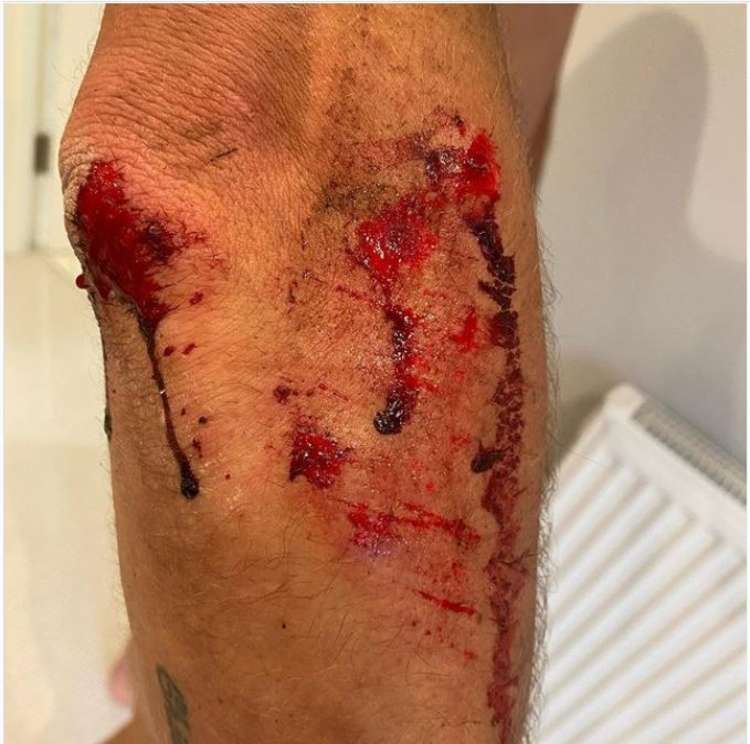 He posted a photo of his injuries to Instagram (Image: @alexrichitaly) 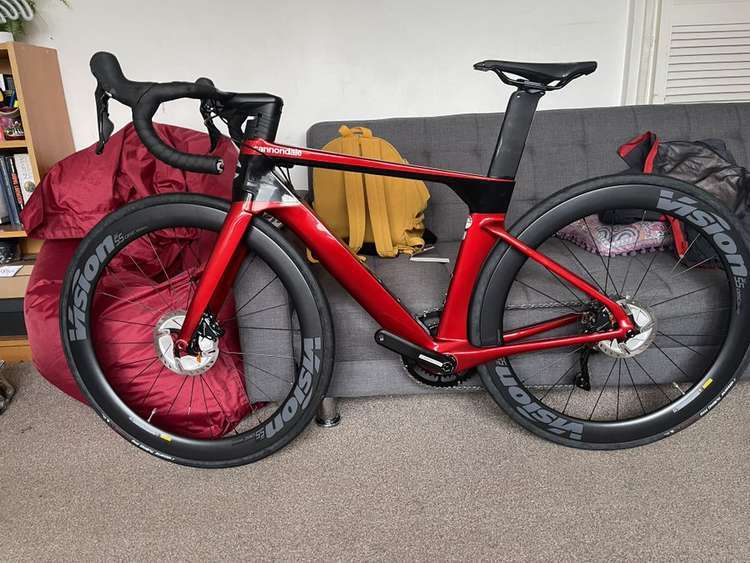 Another cyclist had his bike stolen by the Richmond Park gang (Image: @jam211191)

Alexandar Richardson was knocked off his bike by a gang of four men riding motorcycles at around 3pm as he cycled home after finishing training.

The Dutch pro was left bruised and bloody but still managed to cling onto his racing bike as one of the attackers dragged him 100 feet away.

He was then threatened with a 15 inch machete and relinquished his prized bicycle to the robbers.

The horrific attack on Richardson first reported by Richmond Nub News came just a day after a similar incident in the park, which saw balaclava-clad men on electric scooters rob a cyclist of his bike.

Twitter user @jam211191 posted on Thursday: "Yesterday around 7pm I was training in Richmond Park and 2 guys in electric scooters and balaclavas pushed me off my bike and took it,

"It's not a common bike to see. If you see a bike like that please contact @metpoliceuk. It's a Cannondale systemsix ultrega from 20221 frame number ending 20."

News of their ordeals has prompted concerns among local cyclists about their safety in the park as well as the community at large.

"If you saw anything, please contact the police, and look out for others in the park."

Other Twitter users expressed similar shock with @SinaShahidi tweeting: "Oh wow! You wouldn't think something as horrible as this can happen in Richmond Park in broad daylight!

"Sorry about this, hope you get well soon and recover your bike fella."

The attack on Richardson took place just 500 metres from the Colicci café near the East Sheen roundabout.

So far, no arrests have been made and the two stolen bikes are still missing.

The Royal Parks police are now appealing for witnesses to the two robberies.

They wrote in a tweet today: "On 07/10/21 at around 4pm a cyclist noticed a group of 4 males on motorbikes sat at Sheen Cross in #RichmondPark wearing balaclavas.

"He turned round and cycled towards Roehampton Gate when one of the motorbikes rammed him, forcing him onto the ground where he sustained injuries.

"He retained a grip of his bike when one of the riders produced a machete. They then rode away out of Roehampton Gate with his bike.

"Do you have dash cam footage or headcam footage of the riders sat at Sheen Cross? Any information, please call 101 & quote CAD Ref 5103/07Oct.

"Officers have been tasked to patrol the location of the offence."

They added: "On 06/10/21 at around 7pm, a cyclist was on Sawyers Hill in #RichmondPark when 2 males on e-scooters have approached.

"One of the males has pushed the cyclist before taking his bike & making off towards Richmond Gate. No weapons were seen, no injuries to the victim.

"The suspects were described as male wearing balaclavas and dressed in dark clothing. The bike is a red Cannondale, if you have any head-cam or dash-cam footage from around the time of the incident, please e-mail [email protected] & quote ref 0709961/21."

The terrifying ordeal - in Richardson's own words

He posted: "I Was finishing training around 3pm when two motorbikes with 4 men and balaclavas started following me. I knew exactly they wanted to take me bike and started to think what the best thing I could do was.

"I turned around at east Sheen roundabout and started riding full speed to the café about 500 metres away. They simply rode one of the motorbikes into me at 60kph.

"I came off the bike and the first motor bike lost control. I held onto my bike however the second motor bike then dragged me and the bike along the floor for another 100 metres.

"After this they pulled out a 15-inch machete at which point, I thought better and let the bike go. I'm pretty cut up and bruised with a swollen hip but tomorrow is another day."

In a follow-up post today he said: "If I've learnt anything from my time in cycling it's don't let negativity influence your productivity and surround yourself with only the positive.

"Thanks for all your kind and thoughtful messages concerning yesterday's incident, there are so many good people out there.

"Today is another day and I have a very positive memory of doing the worlds last weekend, something I worked hard to achieve.

"That and my family is what I will fill my mind with. Bikes and materials come and go.

"Scum will always be there, but the degree of respect issued will be next to nil actioned by moving on with my day exactly as I had intended to initially."