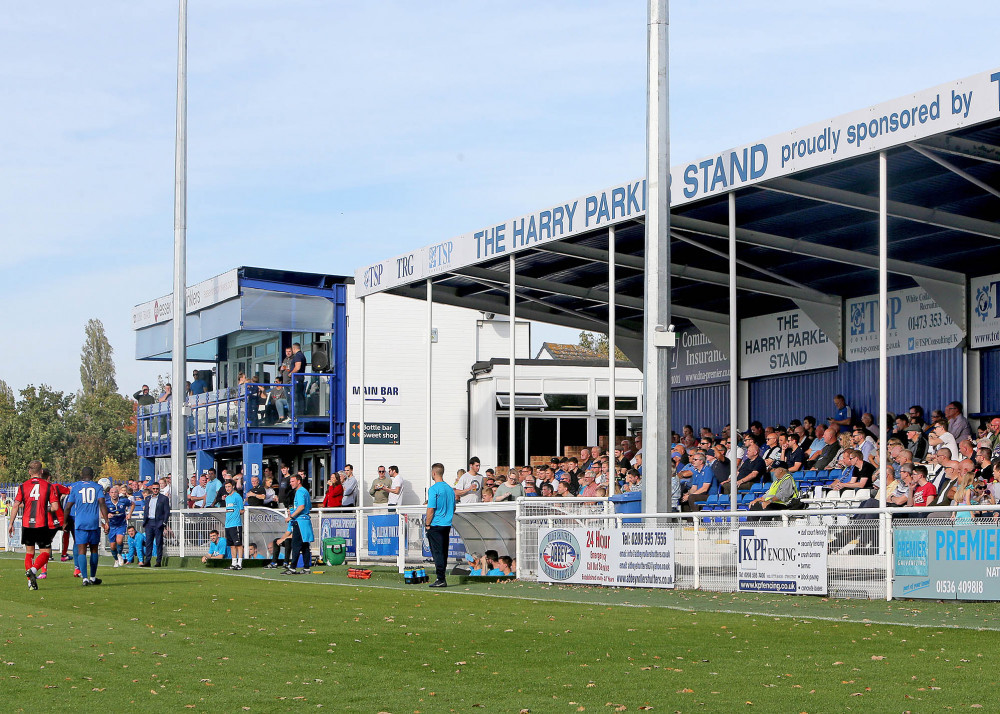 Kingstonian were handsomely beaten by Billericay at the New Lodge. Photo: Navigationweb.

Kingstonian were brough back down to Earth with a bump after last week's victory as they were beaten 5-1 on the road against Billericay Town.

Daniel Quick opened the scoring within ten minutes for Billericay, but Tyrese Owen struck home to send the teams into the dressing rooms level.

However, any momentum that could have been gained from this was quickly lost as Alfie Cerulli, Bradley Stevenson, Marvel Ekpiteta, and Eze Ebuzoeme all scored in the second half.

This condemned the Ks to their eleventh defeat of the season and are just four points above Corinthian Casuals at the top of the relegation zone.

The Blues got off to a quick start and after three minutes Rob Tolfrey was called into action as Bradley Stevenson unleashed a volley from inside the box, but the Kingstonian 'keeper did well to get down and save it.

This was only a temporary respite as Toby Stevenson whipped in a corner and found Quick, who headed it in to get his first goal for the Essex club.

Ebuzoeme had the chance to double the hosts advantage when he was afforded time and space in the box to get a shot off, but he sent it high over the crossbar.

Then two minutes into stoppage time Kingstonian struck back firmly against the run of play as Owen worked a yard of space at the top of the box and lashed a shot beyond Harry Seaden and into the net.

Kingstonian were level for seven minutes before a well worked move down the right got the ball to Quick and he fired low across goal and Cerulli dived in at the back post to get on the end of it and tap into the net.

Just after the hour mark it was three as substitute Anderson Pinto burst into the box through his trickery and his cross-cum-shot fell to Stevenson and he calmy controlled the ball before slotting it beyond Tolfrey.

Ekpiteta then came up from the back and took the ball down well with his chest, steadied himself and then lashed a shot across the goalkeeper into the far bottom corner.

Billericay saved the best until last as after 75 minutes Pinto received the ball in space on the right, drove towards his defender and dropped the ball off to Ebuzoeme on the top of the box, he sent his marker to the shops with a feint to create space and his shot nestled into the side netting.